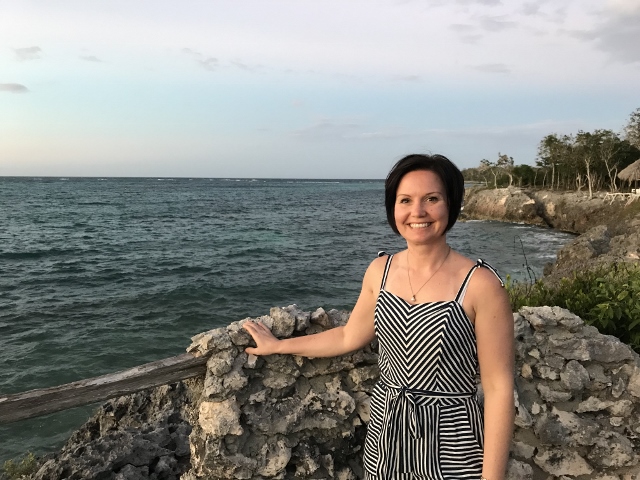 Andrea Parker Unveiled: The Story Of My Personal Journey – Raw and Real

I love hearing other people’s ‘stories’ and life lessons.

By sharing and listening to others you can gain greater insights into your own journey and key lessons of love, wisdom, triumph, and growth.

One request that I have been getting lately is to share more about the journey that has led me into the work I do today.

I am a heart-centered transformation coach who specializes in helping lesbians, gays, bisexuals, transgenders, and queers to live from their heart. It is my mission to help you embrace and love who you are so you can live your best life.

It’s kind of crazy because I spent most of my life doing the exact opposite.

When I was 8 years old I remember standing in my upstairs bathroom feeling this sinking feeling in my stomach. It was the “oh shit” moment when I realized that I was a lesbian. I didn’t really know what that meant at the time, but I remember feeling like it was not a good thing and that I wanted nothing more than to be someone else.

I was so scared of being different from others and being rejected for who I was that I didn’t even want to acknowledge it or even allow myself to go far enough to explore what being a lesbian meant. I just knew I didn’t want to be different from my sisters, cousins, and friends.

That feeling was too much for me to accept. I felt completely overwhelmed and hopeless, which was a complete 180 from how I felt before I stepped into that bathroom 30 seconds earlier.

It was a moment that literally changed my life forever.

That is one of the first memories I have of when I consciously chose to disconnect from my heart. I decided at that moment it wasn’t safe to be me and that if I hid this from everyone I would be way better off.

Not to brag, but I became quite the expert in lying to myself and others. I became the perfectionist, the overachiever, and the people-pleaser.

Like many people who are hiding a part of themselves, I tried to overcompensate in other areas of my life. I ended up excelling in school, received academic scholarships, was the captain for my competitive sports teams, and won all the awards, social recognition, and all that other stuff that came along with crushing your goals.

But whose goals were these?

I became so good at lying to myself and others that I spent six years in a relationship with a girl in which we were “just friends.”

Looking back on this relationship now, it was the definition of “complicated.”

I knew in my heart that I was gay and wanted to be in a relationship with her but at the same time I was terrified of coming out. Even though we were clearly together, we weren’t out to anyone (not even to ourselves) and often dated guys here and there.

Fast forward 6 years to age 24, I finally admitted to myself that I wanted to be in an open relationship with her. It was then that she told me she wanted to have a husband and family and she tried to convince me to do the same.

Even though I wasn’t happy, I was terrified not to be with her, mainly due to the feeling of having to decide whether I wanted to move forward embracing my sexuality or continue hiding it.

It felt like my world was crashing down around me.

After we broke up I went to a counsellor and for the first time, I told someone how I felt and that I thought I might be gay.

This counsellor told me that this revelation was silly and that I wasn’t gay. She spent the next 45 minutes trying to convince me that I would be happier with a man.

At first, I was pissed that she said that.

How dare she tell me that! Who was she to say I wasn’t gay? And what was so bad about being gay anyway?

But then it dawned on me – I had been doing the same thing for years!

Her piece of advice was the huge kick in the butt I needed for me to start listening to my heart. It was like a baseball bat from the Universe to nudge me to start waking up.

Once I heard how silly it sounded (out loud) I started to embrace who I truly was. I thanked her for helping me and walked out of there (for the first and last time) open to embracing who I am.

It was the first time since I was 8 years old that I admitted to myself that I was a lesbian. But this time it was different because I knew it was ok. It was more than ok, I was actually super inspired and excited about it and although it was scary leaning into this feeling, I knew it would be a billion times scarier to go on pretending to be someone I was not.

That next year was one of the most liberating and transformational years of my life!

I took time for myself. I nurtured myself and learned to love myself for who I was. I even slowly started to come out to family and friends (well technically I told my mom knowing she can’t keep a secret and she told the rest of my family for me. Ha!).

The following year I met my beautiful wife Mel who I have been with now for nearly a decade. I did a ton of personal development work and the more I did this the more connected I was to my heart and happiness I felt.

However, with that said, it took me another decade and a lot of life lessons to learn the importance of truly loving and accepting myself for who I was.  I felt like I had mastered being happy being gay but was still searching for happiness in other areas of my life.

On the outside, it looked like I was living a perfect life. I had a beautiful wife, amazing friends and family, a stunning fully renovated home, income properties, a successful career earning over six figures a year, good health, and so on and so on.

If you looked on the inside though, I still felt like the life I had created wasn’t enough and I was still searching for that missing piece but didn’t know what that was.

I felt depleted, helpless, anxious, lost and frustrated within my career and felt I was wasting my life and not living my true purpose.

Over those years of perceived success, I ended up developing illnesses, such as adrenal fatigue, food sensitivities, and exercise anaphylaxis.

This was baseball bat #2 from the Universe!

As a former personal trainer and competitive athlete, my health is by far one of my highest priorities and this forced me to start to listen.

The truth is I had spent much of my career trying to figure out how to escape it. I had spent countless hours and thousands and thousands of dollars on personal development books, courses, seminars and pretty much anything that I felt would help free me. I wanted nothing more than to quit and escape those five dreaded words – you are wasting your life.

Luckily I confided in a good friend about how I was feeling, and she got me in touch with her life coach.

Through working with her I realized that true happiness comes from within and not the other way around.

Through doing my inner work I was able to connect to my heart, and remove subconscious blocks, old patterns and limiting beliefs which helped transform my life fully and completely.

For the first time, I felt immense gratitude for my career and all of the opportunities that it had provided me. I felt so much weight lifted off my heart.

The truth was that I wasn’t wasting my life and was right where I needed to be. I learned that there were no mistakes in life, just lessons, and that being a police officer had brought me to a place of peace, confidence and inner strength.

Over the next several months, I poured love into my role. I created amazing, supportive relationships with colleagues and ended up getting promoted. I am now on the Board of Directors of our first Internal Support Network for LGBTQ officers and allies.

I also experienced a massive transformation with how I was feeling.  I no longer felt depleted and exhausted, but more fulfilled, which left me feeling energized, and inspired!

Doing this work has helped me transform my relationships with my family and friends, allowing for more gratitude towards situations that would usually create anxiety and turmoil.

My wife and I have also used this inner work to transform our lives in ways we never would have thought possible.

Our finances have more than doubled in the first 12 months, we launched an International Coaching Business together, and we both have more time and freedom to focus on keeping our relationship healthy and strong. Our lives are healthier, more meaningful and purposeful, and we look within ourselves for happiness.

One of my biggest takeaways from doing your inner work is how important it is to have a tool and resources to help you fully connect to your heart.

The reason that I went to see a life coach was that I was unhappy with my career.

The truth is that the reason I was feeling stuck, lost and unfulfilled was because of unconscious beliefs and fears I had learned over time. Most of these blocks were actually tied to feeling unworthy of love from when I rejected myself when I was younger.

It’s fascinating because there is NO WAY I would have been able to consciously connect those dots.

After seeing how much this has transformed my life and those around me, I have a huge desire to help others do the same.

Through my training and certification with various coaches and mind/body techniques, I too am now able to provide my clients with the tools and resources to help them realize their own subconscious blocks so that they can connect with their heart and live their most fulfilled and successful life!

It’s true what they say… your biggest voids (pain and challenges) shape your highest values and who you are today.

There is no way I would be doing what I am today if it weren’t for all the challenges and experiences that I have faced growing up.