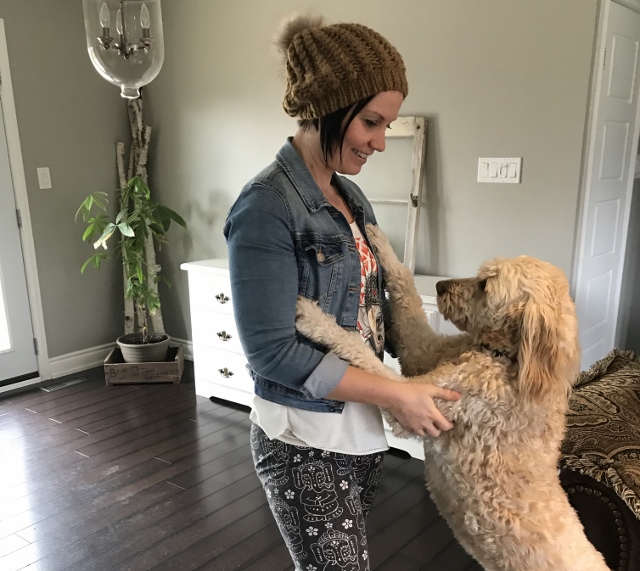 Clarity From A Mexican Fisherman

Last week, while Mel and I were on our way home with our pups, I randomly asked her if she would swing by the Library so I could pop in. [Insert Mel’s eye roll here.]

Although I do regularly get books from the library (lol I’m a nerd), I don’t typically just go in and look around. Usually, to be more efficient I research my books ahead of time and then order them.

For whatever reason, on this particular day, I felt a strong urge to go in to see what they might have.

Ten minutes and four book choices later I came out with Soulful Simplicity, by Courtney Carver.

Now that I am about three-quarters of the way through it I can see that it is exactly the message that my soul wanted me to hear.

There are so many awesome things to share about this book but one of my favourites is the story of the Mexican Fisherman.

For me, this story represents the message that my heart wants me to start to slow down, reassess and get real about how I want to live my life.

An American investment banker was at the pier of a small coastal Mexican village when a small boat with just one fisherman docked.  Inside the small boat were several large yellowfin tuna.  The American complimented the Mexican on the quality of his fish and asked how long it took to catch them.

The Mexican fisherman said, “I sleep late, fish a little, play with my children, take siestas with my wife, Maria, stroll into the village each evening where I sip wine, and play guitar with my amigos.  I have a full and busy life.” The American scoffed, “I am a Harvard MBA and could help you. You should spend more time fishing and with the proceeds, buy a bigger boat. With the proceeds from the bigger boat, you could buy several boats, eventually, you would have a fleet of fishing boats. Instead of selling your catch to a middleman you would sell directly to the processor, eventually opening your own cannery. You would control the product, processing, and distribution. You would need to leave this small coastal fishing village and move to Mexico City, then LA and eventually New York City, where you will run your expanding enterprise.”

The Mexican fisherman asked, “But, how long will this all take?”

“But what then?” Asked the Mexican.

The American laughed and said, “That’s the best part.  When the time is right you would announce an IPO and sell your company stock to the public and become very rich, you would make millions!”

The American said, “Then you would retire.  Move to a small coastal fishing village where you would sleep late, fish a little, play with your kids, take siestas with your wife, stroll to the village in the evenings where you could sip wine and play your guitar with your amigos.”

I remember laughing to myself the first time I read it. Then as soon as I got home I read it to Mel.

It’s fascinating because I feel like I can resonate with both the fisherman and the businessman (or I guess in my case women). I teach and coach about living from your heart and living your best life but in doing so, am I actually missing the point?

We get consumed in being, doing, rushing, being busy and growing that it is SO easy to miss the point!!

This story represents so much to me. I think it is important to still have the savvy and drive of the businessman but to combine it with the wisdom, stillness, and playfulness of the fisherman. Otherwise what the hell is the point?

Step one for living more from my heart and living my best life is to acknowledge that I don’t have to do it all in the next 23 seconds and that it’s safe and loving to slow down.

I invite you to also give yourself permission to slow down, simplify and allow yourself to create space for you so that you don’t miss the point.

My weekly challenge for myself and for you…

Remove the word “busy” from your vocabulary.

The more we say we are busy, the busier we feel and the more stressed out and busy our life becomes.

Rather than responding to ‘how are you’ with ‘good, but busy’. Try replacing it with something else. Try something like; I am really grateful for… Or the highlight of my day was…

Next, try and clear some space in your schedule for not being busy. You don’t have to say Yes to everything. Often saying No is way more loving.

This is a whole new topic and challenge so I would recommend just starting with the first one.

For the next 7 days, refrain from saying the word busy.