Ready to start living the life you want now?

Your Journey Starts Here. Be a part of an amazing community of like-minded, inspiring women. Receive FREE tools, articles, and videos on self-love, relationships, inner happiness, business, and true success. 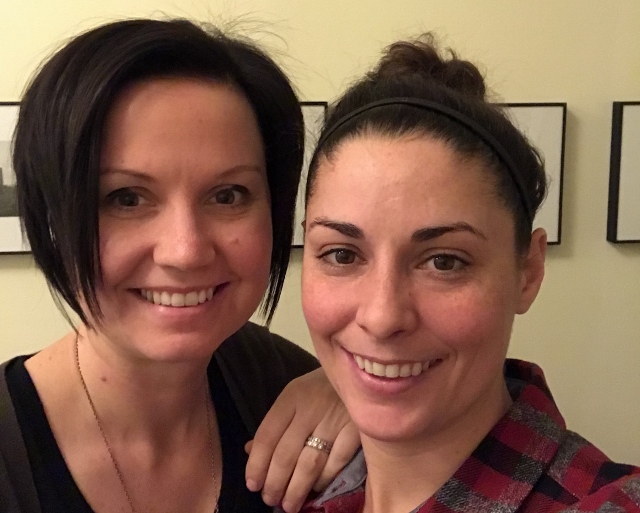 When You Plan A Date It Could Go Many Different Ways…

Often people ask Mel and I how we met and what we did for our first date. Although we initially shied away from telling people how we met (we met online a decade ago, before it was the cool thing to do) we actually love sharing this story.

So there we were ten years ago… I had recently come out to my family and was ready to have a loving, trustworthy, relationship. Mel who was also looking for those things joined the same online dating site (I don’t remember what it’s called but it was a lesbians only site).

If you ask Mel she’ll tell you she joined it because she lost a bet but the truth is she was trying to encourage her brother to try online dating so she said she would do it with him and signed up for moral support.

Sidenote: I guess she did prove to her brother you could find someone online because after a week we ended up meeting and have been together ever since. lol

We ended up chatting online and decided that I was going to be the one to plan the first date. For some reason, even before I met Mel I had a feeling that she was different and that I wanted our first date to be memorable.

I did a little research to try and figure out what would be neat to try and something that we could experience together.

At that time I was a personal trainer and had a bunch of super cool clients. One of my clients was a wicked roller derby, motorcycle riding, gun range owning badass. lol

She and her family owned a gun range about 20 minutes from my place where you could try a bunch of things, including skeet shooting. If you don’t know what that is (I had no idea, other than what I saw in movies lol), basically it’s when you shoot a disc out of the air. Essentially it’s the real-life version of duck hunt (minus any ducks getting hurt).

So because my client is awesome she agreed to give Mel and I a private lesson together on Good Friday. The range was closed to the public and it would just be the two of us.

On the day of our secret adventure date (which was also the first time we had ever met in person), I picked her up at a carpool lot by the water and took her up the escarpment to our private destination.

In hindsight, it probably wasn’t the smartest idea to pick up a stranger and drive to the middle of nowhere down back dirt country roads without giving them a heads up as to where you are going.

I also hadn’t been there before so even I thought it looked a little sketchy. I think she felt the same as she said, “you aren’t going to take me somewhere and kill me are you.” Well no, but when you see the gun range hopefully that doesn’t freak you out, I thought.

Also in hindsight, it really could have gone one or two ways bringing a random girl to the gun range. Lucky for me Mel was jacked about it when we got there. I personally had and have no interests in guns but Mel had her gun license (which I didn’t know about until we got there). It turned out to be perfect!

We got to spend the day outside in nature, with beautiful weather and private lessons. Skeet shooting is actually super fun and a really cool experience. I don’t know if it was beginners luck but I was ridiculously good at it and I think it may have sparked a little competition between us which is still ongoing.

After that, we got to spend some time on the range trying out all of the owner’s personal firearm collection including a .50 caliber revolver. That was probably one of the craziest and coolest things I’ve done. We had a 300lb, 6’5 massive guy behind us holding the gun with us and the kickback was still insane. Again, I am not a gun advocate, in fact, I’m more so the opposite end of the spectrum but that was still probably one of the coolest things we have ever done.

Mel and I still talk about how cool the experience was. Would I have been just as happy to meet Mel for coffee and chat for our first date? 100%. But there was something in my heart pulling me to do something a little different. To throw myself out there and take a risk.

For that, I am SO grateful!

Could it have gone horribly wrong and she hated it? Absolutely. But that’s all part of putting yourself out there and owning who you are. For me, I want to be with someone I can experience life with. Someone I can have fun with and explore. Try new things together and grow closer in the process. Lucky for me Mel also loves and values those things.

What is it that your heart wants you to do or try? Maybe it’s something simple like calling a friend, joining a club, asking that cute girl out for coffee. Whatever it is, jump in! Own it and have a shit ton of fun with the process.

“I am scared that what if I am successful and I'

Focusing and trying to control the outside world,

** It is ok to be happy and thrive during this tim

Relax.⁣ ⁣ ⁣ Pushing and trying to force it w